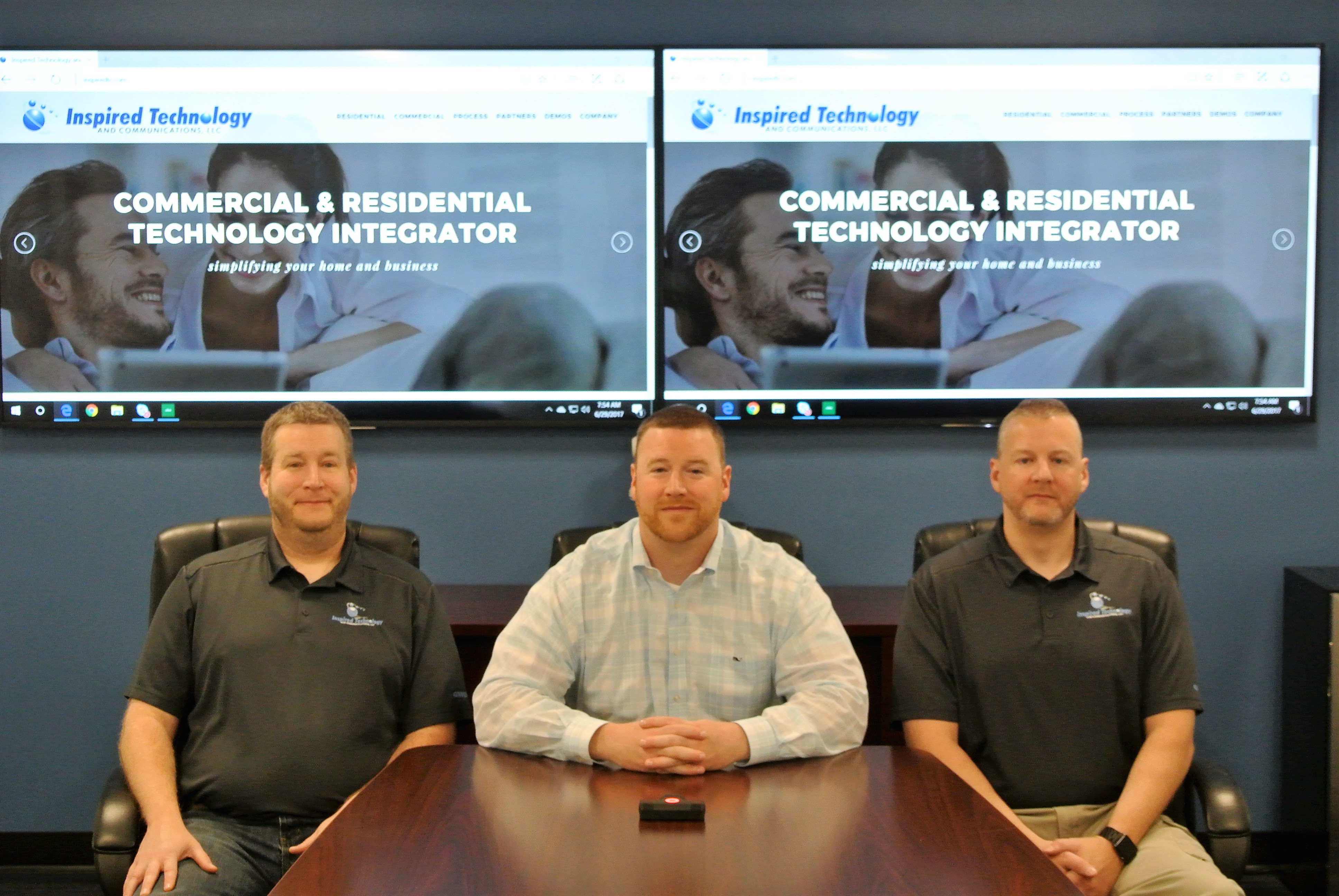 Since founding his Easton, MA, AV integration firm in 2009, CEO Stephen Rothwell has grown his company from seven people to more than 20, earning $5-million in revenue per year. In the early days, the company had to rely on subcontractors and partners, but as they evolved, they brought those services all in-house, all under one roof, so they could truly position themselves as a one-stop solution, all-inclusive technology and AV company that no longer has to outsource any one part of a project.

Now the company is able to create a better user experience and better end-result for their clients, which has made Inspired a lucrative option for general contractors when they too would prefer to work with just one company for all-things tech. Wiring, cabling, phone systems, audio-visual needs, surveillance, boardroom, multimedia, lighting— and the opportunity to streamline all of it through iPads and tablets customized and programmed by Inspired—is one phone call away.

Inspired is truly a family business; Stephen’s brother Brian serves as COO and other brother Bob as director of operations. Stephen is most proud that where most people need a separation from work, home, and family life, he’s able to successfully combine them all. And even though each brother has a different title, role, and responsibility, the common goal is, “What is best for Inspired?”

And giving back to the community is equally important for the Rothwell brothers. Stephen sits on the board for the Rodman for Kids organization, assisting their offices with tech support, while also donating new phone and voicemail systems. They also donate AV gear and installation services as silent auction item for the organization. Additionally, Steve and Inspired lend a hand to My Brother’s Keeper (which provides furniture for families in need) in their hometown of Easton by outfitting their headquarters with every piece of technology products and support, including phones, cabling, AV, security ,and support staff when things need to be tweaked. Stephen, being a resident of Easton as well, annually donates (and sponsors) to Easton youth sports and the Easton Children’s Museum. Inspired is also a charitable donor to Boston Scholar Athletes and a long-time supporter of the Crohn’s and Colitis Foundation.

As seen in Residential Systems