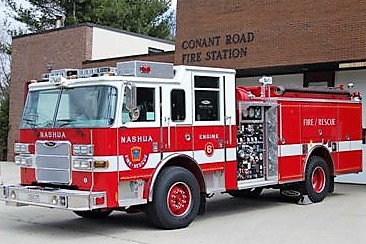 The City of Nashua is in the process of completing an expansive cabling project, enhancing the communications infrastructure amongst seven local fire houses, 11 elementary schools and three middle schools. The city-wide cabling project is being done by New England’s leading technology integrator, Mass.-based Inspired Technology and Communications, LLC, in cooperation with Custom Computer Specialists. This ongoing project marks the first step in Nashua’s 2017 agenda to transfer the telephone networks of all municipalities to a single, city-wide Voice Over IP Network.

“The City of Nashua has taken great strides in enhancing communication between municipality departments, and it is a tremendous honor to be involved in an undertaking of such a large-scale project that benefits the local community,” said Stephen Rothwell, CEO and owner, Inspired Technology and Communications, LLC. “Through creating a single Voice Over IP Network, city-wide communications between municipality departments will be streamlined, costs on phone service will be lowered, and various city departments will have the ability to share resources with one another.”

Over the course of this six-month project, Inspired Technology and Communications will use more than 100,000 feet of certified and tested CAT6 plenum cable. The pre-existing CAT3 cabling will be removed upon completed implementation of upgraded materials. Not to infringe on public services provided by any of the municipalities involved, all seven fire stations remained operational during cabling, and the schools were cabled during the recent summer months while students were on vacation.

In addition to creating a more cost-effective and community friendly collaborative system, Inspired Technology’s cabling expertise has provided a communications platform capable of enduring any unforeseen situation, whether it be severe inclement weather, power deficiencies, etc.